Persistence and Practice – Lessons From My Grandkids

Bonding Times Together No Comments 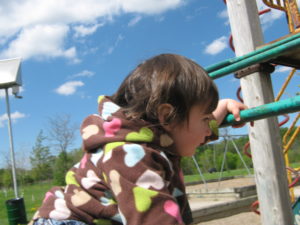 These days, while watching my two grandchildren during the day, I am learning a lot of lessons from them.

I’m learning persistence from four-year-old grandson. Each day he tries to throw his hat on our coat rack. Since he is aiming for the highest hook, that’s not an easy task. Sometimes it takes him fifteen minutes or more before he can do it. But he refuses to give up. Landing on the middle hook isn’t good enough either. He tries until he accomplishes what he’s after. I would do well to model that behaviour.

Grandbaby is teaching me the value of practice. She will climb up and down her highchair until she has mastered the climb. Once that’s mastered, she’ll add other skills, such as standing up when she reaches the top. The word ‘fear’ isn’t in her vocabulary, nor is ‘impossible’. Regardless of the task, she practices until it becomes easy for her.

Now excuse me while I go and practice my cooking. I am being persistent because at my age you would think I didn’t need any more practice. Unfortunately, I do. 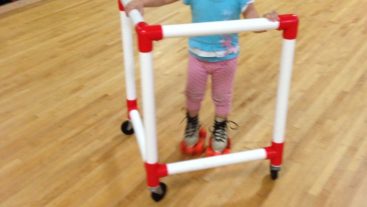 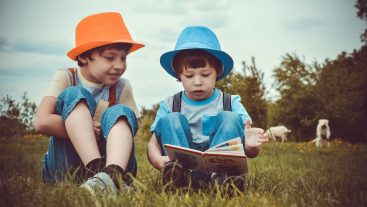 A Poem About Children