By now, most people have heard about Twitter. But what is it really? Twitter is an easy to use program that can provide immediate contact with others. No matter what time of day or night. people from all over the world are communicating via Twitter.  Here you can meet people you would otherwise never have known, learn new things, and network with other like-minded people.

Most major news agencies now use Twitter as a way to interact with their audiences and get feedback on current events. In the Presidential election, Obama used Twitter as part of his campaign effort. Countries that have traditionally denied freedom of speech are being challenged through the use of social media tools such as Twitter and Facebook.

Companies use Twitter to provide quick customer support and conflict resolution, to build up their relationships with customers and to let potential clients know more about them. Non-profits have found that Twitter is a cost-effective way for them to get their message out to a large number of people.

Instructors are using Twitter in the classroom in many ways:

Why do I like using Twitter? It’s a fast way to keep me up-to-date with current events. Sometimes I hear about something that happened even before it hits my local news.  I follow experts in my industry so I’m aware of new technology. I ask questions and get answers from people who know what they’re talking about. I interact with interesting people and keep up with faraway friends and relatives who might not have the time for a long letter or email.

Have you started using Twitter yet? I’d love to hear about your experiences so far. 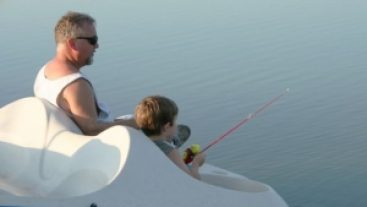 Making Memories By Spending Time Together