[Podcast] Our Perception of People Governs Our Actions

I’ve been thinking these days about how our perception of people changes when we allow ourselves to get to know them.

I read about a woman who was wrongly convicted of murder and spent a number of years on death row. She said the guards weren’t allowed to speak to her because if they got to know her as a fellow human being it might have affected how they treated her.

As I’ve volunteered with ex-offenders and with those in prison, my perceptions about them have changed as well. Whatever poor choices they’ve made, or harm they’ve caused, they are still made in the image of God, and over the years I’ve seen many people become the men and women God meant them to be.

When we get to know someone as a person, I think it changes our level of compassion, often in positive ways. For instance, many years ago, when one of my granddaughters was a young teen, she decided to make sandwiches and give them out to the homeless in downtown Toronto. I walked with her, but every time she saw someone sitting on the street, I tried to talk her out of approaching them. I was afraid they might yell at her for giving them food instead of money. It took my volunteering at a homeless shelter to realize what kind and gentle people many of the homeless are, and to realize their situations sometimes are the result of years of neglect and abuse such as I could never imagine. Today I count it as a privilege to be able to serve them.

That’s why I was so bothered to hear that someone in our area went to one of the homeless camps out in the bush near the city and set one of the tents on fire while a homeless couple slept inside. They were able to get out safely, but why was that necessary? Do people really think the homeless prefer to live outside in the middle of a cold and snowy Canadian winter?

True, some are drug addicts or are mentally ill, but we need facilities to treat them, rather than ignoring them or hoping they will go away. We also need to see those on the street as people. Why not smile or say hello as we walk by a homeless person? Sure, they might ignore you, or ask you for money. Or if they feel delusional they may yell at you to go away. Then again, they may smile back, and all of a sudden you see that man or woman the way God sees them – and your perception is forever changed.

Have a wonderful day and be a blessing to someone else,
Carol

Become Who You Were Meant To Be 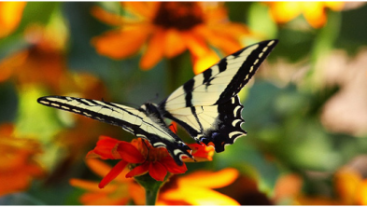 [Podcast] The Troll Under the Bridge