[Podcast] The Troll Under the Bridge

When we bought our house it was listed as a fixer-upper since it was so long since it had been properly cared for. Once we started cleaning, we discovered many high-end feature that the builder had included, but because of neglect and abuse, it was hard to tell.

The book ‘Misfits Welcome’ by Matthew Barnett tells such a story, about a broken man named Barry.

Barry had an abusive childhood. He had been locked away in at attic until he was seven years old, having his food brought to him and being cut off from the rest of his family. Barry didn’t find out until later on in life that he had been hidden away because the family felt disgraced because his birth was the result of incest.

As a result of the neglect, Barry was experimenting with drugs by the time he was eleven and became a teen addict. In spite of the drugs, Barry still managed to get a college degree and a good job, got married and had a family. But the drug use continued and eventually Barry lost everything. At the age of 40 he was homeless and living under a bridge. Under the bridge became his home for 17 long years. Kids called Barry the Bridge Troll because he had hair down to his waist, a long beard, and was very dirty.

Then one day someone saw Barry and cared. They took him some food and invited him to church. He went and his life took a turn. Six years later, Barry went to Bible school and now cares for the homeless and shares his story. Barry was the kind of man we would pass by and say “He is too far gone to change,” but God created him as a beautiful masterpiece.

Barry’s story reminded me of the day we received some pears from our neighbour’s tree. I didn’t want to eat any of them. They were misshapen and marred looking, not appealing to me at all. But I hated to throw the pears out without at least tasting one, in case I was ever asked how I liked them. As I peeled away the outer, ugly layer, the pear began to look better. Yet I was still nervous about taking a bite. How could anything so ugly taste any good? But when I bit into the pear, it was delicious. Ripe and juicy, exactly right. And then God reminded me how often I look at the people I meet in the same outward and judgmental way, deciding without knowing all the goodness that might be inside. How much I am missing by doing that?

Have a wonderful rest of the week and don’t forget to see those around you the way God see them,
Carol

[Podcast] Our Perception of People Governs Our Actions 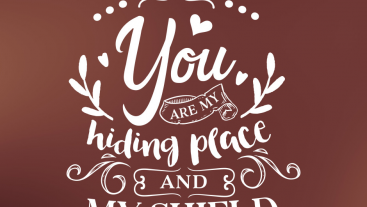