The Death of a Pet

Children and pets. They go together like peanut butter and jam. When our kids were small, we had almost every pet you could think of – except snakes. I even managed to live with a small lizard in my house and it wasn’t as bad as I thought it might be.

The down side of pet ownership is the fact that small animals and birds don’t always live long. At least in our house they didn’t. We had exotic fish that were eaten by a pet turtle. Lesson learned not to put them in the same tank. Gerbils that ate their young unless we moved them out quickly. A rabbit who died of old age, a little ornery by then. A dog who was hit by a car. Birds that lost their feathers and wasted away. And a guinea pig that in spite of much attention from the local vet, still died.

Grandson, now just turned five, loves birds. His first one was a little finch that he talked to, showed all his new toys, and shared secrets with. But one day when he came home from school, his beloved Abu was lying on the bottom of his cage. A budgie named Flyer took his place and although apt to nip at Grandson, he was still a favourite. For some reason, Flyer didn’t live long either.

There weren’t as many tears the second time, but Grandson still gets teary when he talks about his birds. He can show you where they’re buried in the yard and asks if they are in heaven now. He’d like to get another pet and is thinking maybe he should have some fish. Then every so often, we’ll see a robin or a morning dove outside the window and in a little voice he’ll say “But I really want to have a bird. Why do they have to die?”

Children and pets. They belong together. And it breaks your heart when the bond between them is broken. 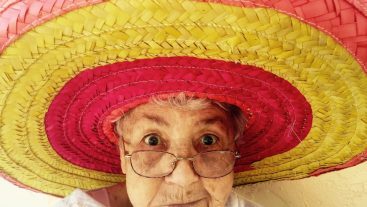 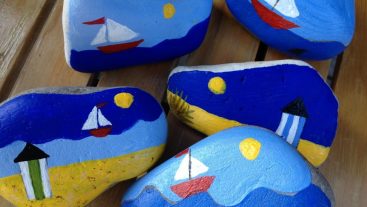