The following story about the duck comes from the book “Will Daylight Come” by Richard Hoefler. It goes like this:

A little boy visiting his grandparents was given his first slingshot. Johnny practiced in the woods, but he could never hit his target. As he came back to Grandma’s backyard he spied her pet duck. On an impulse, he took aim with his slingshot and let fly. The stone hit the duck and it fell dead. The boy panicked. Desperately he hid the dead duck in the woodpile, only to look up and see his sister watching. Sally had seen it all.

After lunch that day, Grandma said, “Sally, let’s wash the dishes.” But Sally said, “Johnny told me he wanted to help you in the kitchen today, didn’t you, Johnny?” And she whispered to him “Remember the duck!” So Johnny did the dishes.

Later, Grandpa asked if the children wanted to go fishing. Grandma said, “I’m sorry, but I need Sally to help make the supper.” Sally smiled and said, “That’s all taken care of. Johnny wants to do it.” Again, she whispered, “Remember the duck.” Johnny stayed while Sally went fishing. Finally, after several days of Johnny doing both his chores and Sally’s, he couldn’t stand it. He confessed to Grandma that he had killed the duck.

“I know, Johnny” she said, giving him a hug. “I was at the window and saw the whole thing. But I love you and forgive you. I wondered how long you would let Sally bother you.

God gave each of us a conscience, that little voice inside us that says we shouldn’t have done that. But like the little boy, we try to do good things to make up for it. We try to be so good that we won’t hear that little voice anymore. But God – just like the grandma – sees everything we do and just wants us to confess and say we’re sorry.

Because He loves us, He is more than willing to forgive us. Even though He already knows, He wants us to come to Him and confess. And if we need to confess and ask forgiveness of another person, we need to do that too.

Taking care of our conscience whenever we feel bothered by anything keeps it sensitive and alert. If we make excuses for ourselves and refuse to listen to our conscience, it will eventually become dull and hard. And a world full of people without much of a conscience is a scary world indeed. 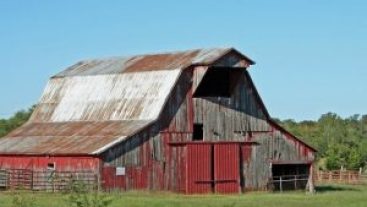