60 years after the war ended, two old men emerged from the dense jungle of a Philippine island and declared they were soldiers. What does that have to do with us today?

Prefer to read?  The text is below:

The Japanese men, both in their 80s, said they had been hiding on the island after being involved in fierce battles with U.S. forces.

The soldiers had remained in the jungle and mountains since then, unaware that the war had ended 60 years before, and afraid that they would be charged with desertion if they were found. They were afraid and hid, year after year, until their lives were almost over.

Today we have a world-wide epidemic of fear. Many of us have been hiding for months, afraid to leave our homes or even hug our families. Afraid of an unseen enemy that could take our lives.

As an older person, part of the vulnerable population, I also stayed in my home for a long time. Constant negative news and social media updates allowed the fear and despair to creep into my life.

When I finally went out to do some shopping, seeing the people around me with their masks on fed that fear. I could see it in other people too. The young masked woman with her masked husband, pulling him back whenever he got anywhere near someone else. Or the older man walking home with his groceries, not another person in sight, yet still wearing his mask. Or the lone driver of a car, wearing a mask even then.

A recent conversation with the mothers of teens made me realize how many young people are afraid of the thought of going back to school and of taking the school bus, even though their age demographic are less susceptible to the virus. Are we raising a generation full of fear?

I understand that fear, but I refuse to hide any longer, letting my life slip away inside the four walls of my house. My times, and yours, are in God’s hands. I’ve read about people who have been in house explosions and should have died, but they didn’t. Or the freak accidents that never should have caused a death, but they did. No matter how careful we are, how much we try to take care of ourselves, there are no guarantees in life.

And that’s why I choose to leave my home, to greet the people around me, to live while I have the opportunity. If I’m required to wear a mask, I have a face shield. That way I can smile at those I meet, and maybe, just maybe, that smile will chase away the fear that is threatening to swallow them up. We need each other so much, especially in times like this. Why not go and encourage someone today?

Have a wonderful day,
Carol
Your Chief Encourager 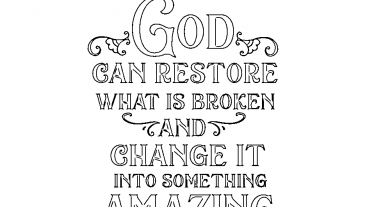 Psalm 147:3 He Heals the Brokenhearted 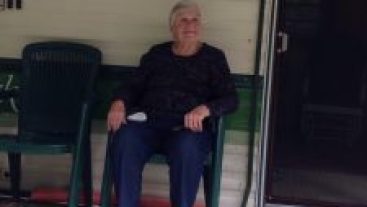